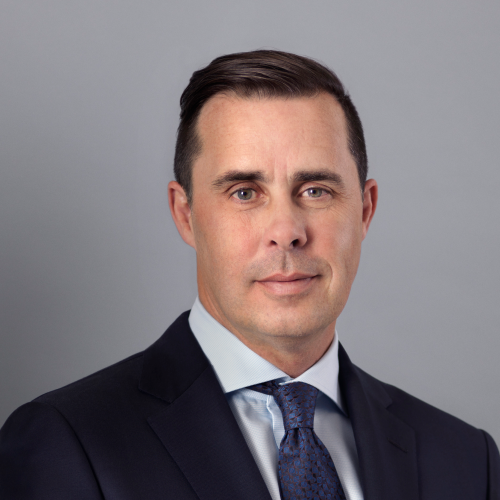 He joined the company in 2002 as Vice President of Business Development, responsible for corporate acquisition and divestment strategies. In 2010, his role expanded to that of Executive Vice President. In 2011, Mr. Dundas was appointed Executive Vice President and Chief Operating Officer, where he oversaw the development and execution of the company’s operational strategies, strategic planning, marketing and reserves, as well as acquisitions and divestments. As President and Chief Executive Officer, Mr. Dundas is responsible for overall leadership of the strategic and operational performance of Enerplus.

Prior to joining Enerplus, Mr. Dundas held several executive positions in the merchant banking business, where he helped oil and gas companies grow by accessing the funding and expertise they required. Mr. Dundas is a member of the Business Council of Alberta, Board Member and Member of the Executive Committee of the American Exploration & Production Council (AXPC) and on the Board of Governors of the Canadian Association of Petroleum Producers (CAPP).

He has been an active volunteer in numerous charitable endeavors, including serving as co-chair of the Calgary YMCA Power of Potential campaign. He has served on the board of numerous private and public companies. Mr. Dundas holds a Bachelor of Commerce (Distinction) from the University of Calgary and a Bachelor of Laws (Distinction) from the University of Alberta. He was called to the Alberta Bar in 1995. 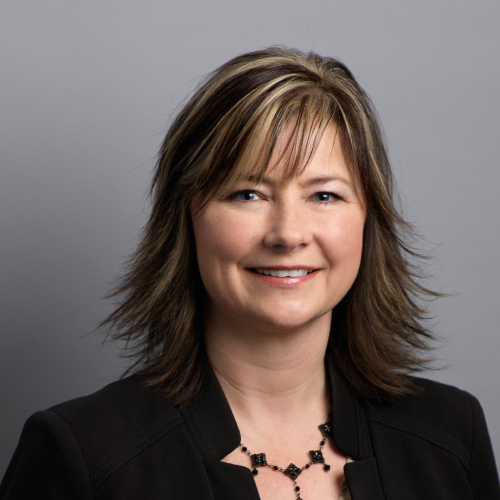 Ms. Jenson Labrie was promoted to Chief Financial Officer in September 2015. As a senior member of the executive team, she oversees finance, accounting, tax, insurance and risk, as well as marketing and investor relations.

Ms. Jenson Labrie joined Enerplus in 2003 and has held progressive leadership roles including Controller, Finance and Senior Manager, Planning & Marketing before being promoted to Vice-President, Finance in 2013.

Prior to joining Enerplus, she was a senior manager at KPMG LLP, where she held various roles in the Assurance and Financial Advisory Services groups. Ms. Jenson Labrie is a Chartered Accountant and Chartered Business Valuator. She graduated from the University of Calgary with a Bachelor of Commerce (Distinction). 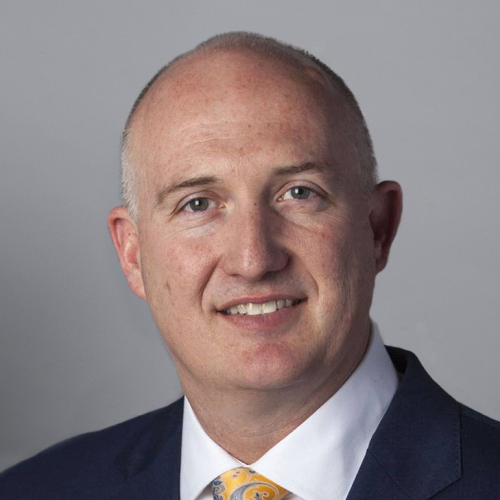 He has over 20 years of experience in the upstream oil and gas business in technical and leadership positions. His roles have spanned offshore and onshore, conventional and unconventional, and exploration, development and production areas of focus. He started his career with Marathon Oil, spending 17 years in various roles including Regional Vice President, Mid-Continent and President, Alaska. Prior to joining Enerplus he served as Senior Vice President, Exploration & Production at Devon Energy. He has also provided leadership to several oil and gas industry groups, including several years of service as Chairman of the Oklahoma Oil and Gas Association and was involved in the creation of the Petroleum Association of Oklahoma in 2018.

Mr. Doll has over 20 years of experience in the oil and gas markets. He joined Enerplus in 2008 as the Manager of Investor Relations – a role he held until 2013 when he became the Manager of Marketing. Prior to joining Enerplus, Mr. Doll led the Canadian energy sales team at UBS Commodities Canada and spent seven years in energy marketing and risk management at Morgan Stanley. Mr. Doll started his career with roles at Enron and CIBC.

Mr. Doll holds a Bachelor of Management, Finance (Great Distinction) from the University of Lethbridge. 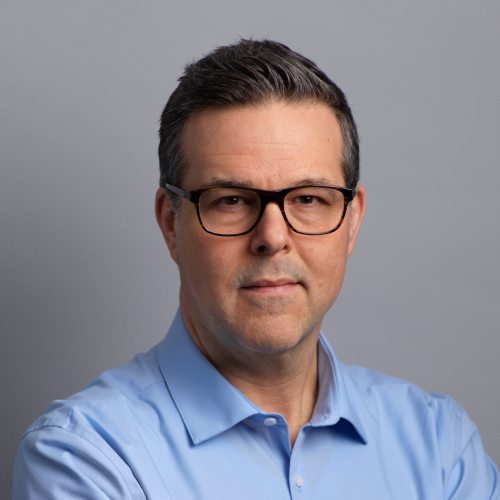 Prior to joining Enerplus, Mr. Eichinger’s previous experience includes six years at Burlington Resources/ConocoPhillips as a Team Lead in various positions including the Western Canadian Sedimentary Basin, and 11 years with Schlumberger as a Field Service Manager in Canada and as an Operations Manager in Trinidad.

He holds a Bachelor of Science degree from the University of Saskatchewan. 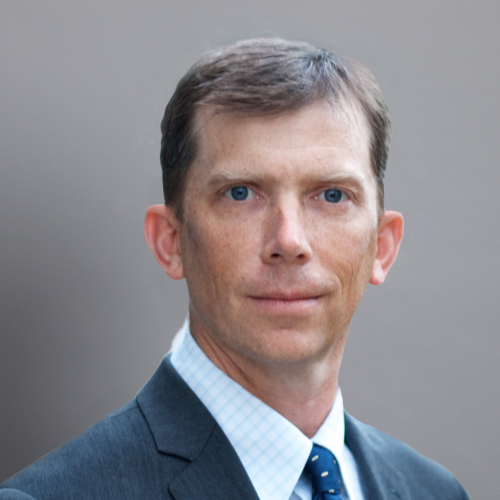 Mr. Fisher oversees our U.S. asset development planning as well as our geoscience and business analysis teams out of our Denver office.

His past work experience includes exploration and development in various basins in the U.S., including the Rocky Mountain basins, Appalachian basin, onshore Gulf Coast, and offshore Gulf of Mexico. Prior to joining Enerplus, he held positions at Shell, Newfield and El Paso. Mr. Fisher has been with Enerplus since 2011, most recently as Manager, Geology & Geophysics for U.S. Operations. 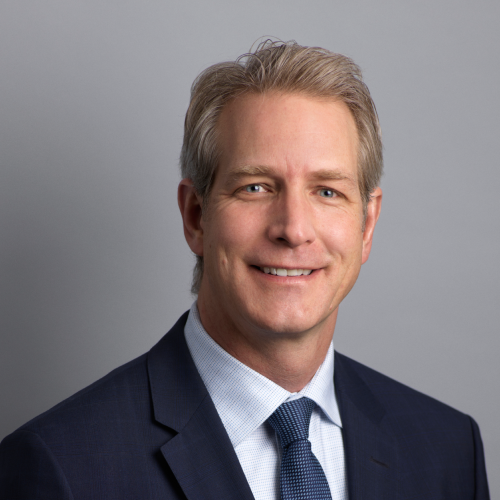 Mr. Fitzgerald is responsible for our acquisition and divestment activities. This includes identifying, evaluating and negotiating acquisition opportunities, as well as the capture and delineation of new large scale resource play opportunities in North America. He is heavily involved in our corporate strategy, with responsibility for our strategic planning and business analysis groups. Mr. Fitzgerald, a professional engineer, joined Enerplus in 2008 and has held progressive leadership roles.

Mr. Fitzgerald has over 20 years of experience in the oil and gas industry. He began his career at Renaissance Energy before joining Focus Energy Trust and Storm Resources. He has been involved in operations, exploitation, business development and commercial activities throughout his career.

Mr. Fitzgerald graduated from the University of Calgary with a Bachelor of Science in Chemical Engineering. 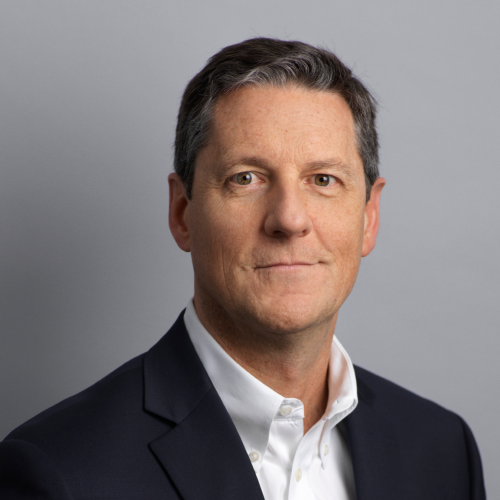 Mr. McCoy is responsible for legal support in the areas of acquisitions and divestitures, equity and debt financings, day-to-day oil and gas operations, dispute resolution/litigation, corporate secretarial functions, and adherence to securities laws associated with public issuer status in both the Canadian and American markets.

Mr. McCoy holds a Bachelor of Business Administration and Commerce (Distinction) and a Bachelor of Laws from the University of Alberta. He was admitted to the Alberta Bar in 1987. 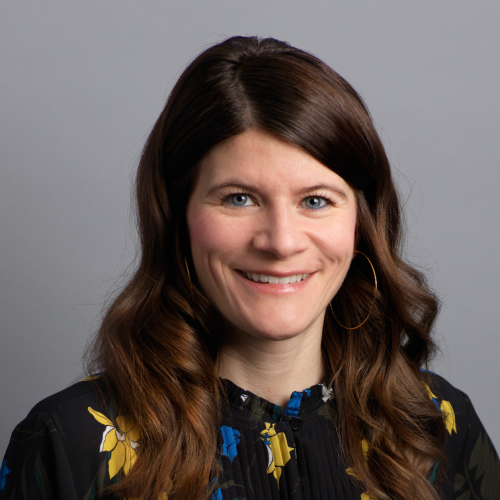 Ms. Morihira joined Enerplus as Corporate Controller in July 2015 and was promoted to Vice President, Finance in February 2018. In her role she is accountable for finance, accounting, tax, as well as insurance and risk. Ms. Morihira has more than 15 years of experience working in the oil and gas industry. Prior to joining Enerplus, Ms. Morihira worked at Progress Energy Canada Ltd., Focus Energy Trust and KPMG LLP. Ms. Morihira is a Chartered Accountant. She has a Bachelor of Commerce from the University of Calgary as well as a Masters of Professional Accounting from the University of Saskatchewan. 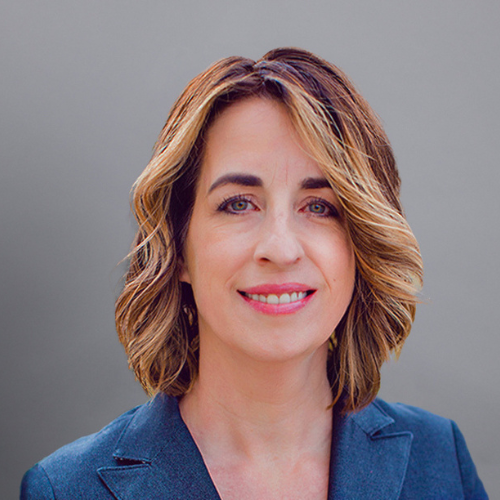 Pamela (Pam) Ramotowski joined Enerplus in 2022 as our Vice President, People and Culture.  Pam has the enviable privilege of leading a team of creative, passionate, fun-loving, and bold Human Resources and Communications professionals.  The People and Culture team are focused on delivering high quality, innovative programs and services that enable Enerplus’ extraordinary staff, reinforce and strengthen the Company’s unique culture, and support Enerplus’ strategy and vision.  Pam has held progressively more senior Human Resources and Corporate Services roles in various industries, including Retail, Agriculture, Utilities, Technology and Energy, in particular Geophysical Services, Oilfield Services, Midstream and Exploration & Production.  A Chartered Professional in Human Resources with CPHR Canada and a Senior Certified Professional with the Society for Human Resources Management (SHRM – SCP), Pam holds a MBA in Management of Organizations and Human Resources from the University of Calgary and a Bachelor of Management degree in Accounting from the University of Lethbridge.  Pam also sits on the Board of Directors of Habitat for Humanity Southern Alberta.